Blue Bell Mattress is proud and excited to celebrate a century of service.

The immigrant from the Old Country was starting a new life in Connecticut, where immigrants from around the world were settling a century ago.

Young Percy Byer was looking for a field where he could make a mark. “Go into the mattress business,” one of his friends said. “That’s a good business.”

Byer took the advice, opening Capitol Bedding Company. The year was 1921. The business got off to a modest start.

“They made one bed and they went out and sold it,” said Steve Byer, Percy’s grandson, who is one of the company’s owner-operators today. “Then they made another bed.”

The pace at the old Capitol Bedding, now known as Blue Bell Mattress, has picked up considerably since then. Blue Bell, based in this Hartford suburb, operates out of a 145,000-square-foot facility and is one of the largest King Koil licensees in the country.

Steve Byer and his brother-in-law, Mark Kolovson, are leading the business these days.

“Our partnership has worked well,” Byer said. “My focus is on inside operations and Mark has focused on the outside on sales. We’ve both done a bit of everything in the business over the years.”

The Byer family has steered the company on a steady growth course since its inception.

In 1936 the business moved to an 18,000-square-foot building in Hartford from the company’s base in New Britain, Conn. The company expanded again in 1952, when the factory grew to 40,000 square feet.

In 1953 Capitol Bedding gave way to a colorful new name: Blue Bell Mattress. Percy Byer liked the sound of that distinctive new name. And so the image of a blue bell was fashioned to give the business a fresh, upbeat face.

More growth was on the way.

In 1968 Blue Bell Mattress became a King Koil licensee, the brand that continues to be the hallmark brand for the company. Four years later Blue Bell Mattress moved into a brand new 50,000-square-foot facility in Windsor, Conn., which would be the company’s home for more than three decades. In 1992 Blue Bell expanded into the New York market, where it would find considerable growth over the years.

Earlier this century, Blue Bell Mattress was on the move again. In 2008 Blue Bell Mattress, also known as King Koil Northeast, moved into its current facility in East Windsor, positioning the company to serve customers in New Jersey, Pennsylvania, Delaware, Maryland and Virginia.

Another growth chapter was written in 2013, when Longroad Asset Management of Greenwich, Conn., acquired a major stake in the business.

“As their name suggests, they are a long-term investor,” said Kolovson, CEO of the company. He and Steve Byer have a significant minority interest in the company.

Kolovson said the entry of Longroad “was another step in our commitment to grow and expand our business nationwide.”

Blue Bell Mattress operates a family of brands today. King Koil is the flagship brand, but the company has also added the Natura brand, a Canadian-owned brand that was well known for its natural mattresses and sleep accessories.

Ralph Rossdeutscher, who built Natura in Canada and has Natura licensees in Canada, the U.S., Turkey and Kuwait, is working with the Blue Bell team to relaunch the Natura brand in the U.S. market.

“Blue Bell is producing Natura beds with the quality we insist upon,” Rossdeutscher said on a recent visit to Blue Bell. “I’ve never seen a plant that has done a better job with product quality.”

“We’ve always been very focused on King Koil,” Kolovson said. “We have the private label program for those who don’t want to pursue a branded strategy.”

“We take the time to learn who are customers really are,” he said. “Many of our customers have been with us for a long time, just like many of our employees. The Northeast is about relationships that stand the test of time.” 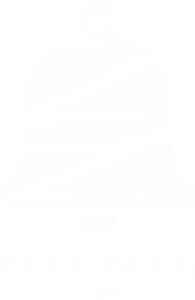